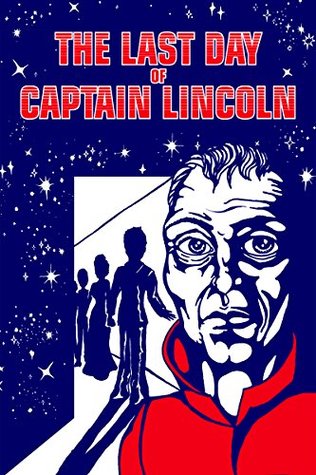 Goodreads synopsis
Captain Lincoln’s last day is the hardest day of his life.
An old, onetime Captain of the interstellar spaceship USNAS Hope Eternal, Lincoln always knew that this day would come. For just as birthdays are carefully planned, so are deaths. And although he must reckon with his fate, this is not a somber story. It is a tale of love and sacrifice, told in the context of the most advanced civilization ever to exist—a society that has taken to the stars in an effort to save all that is best in humanity.
Follow Lincoln through his internal struggles, his joy in having lived, and his journey to peace.

The End is just the beginning.

“Even thought you can’t see it, my son, things are changing. Things ALWAYS change, given enough time and pressure. The very thought of that is scary to some, but change is absolutely nothing to be afraid of. It is a simple fact of life.”
― EXO Books, The Last Day of Captain Lincoln

Honestly, I don’t know what to say. At first, I was a bit doubtful because I don’t necessarily like science fiction. I don’t hate it, but we don’t really get along that well. However, the author assured me that it was not so much about science fiction and more about people. I’m just so glad that I was able to read this book.
This was one emotional roller coaster, that much I can tell you for certain. But, before I go into more detail about that, I just want to day that the author did an excellent job. Even though the book is only about a hundred or so pages, it had everything a normal sized novel would have had. There was background information, character development, a legacy, really the whole shebang.

The book is set on a spaceship that’s headed for Earth 2.0. For a couple of hundred years, the people on the ship have been on their way towards that goal. It is normal for them, that when you turn 80 year old… you die, so that a new generation can take your place.
This book will take you on a 1 day journey with Captain Lincoln… who has just become 80 years old. You will follow him during his last day alive, reading everything that he thinks, feels, and has been through. He will show you the struggle of dying. You see, it doesn’t matter whether you do or don’t know the exact day of your death. It will always be a day that you dread the most, that your whole being will fight against, because your instinct is telling you to stay alive as long as possible. Trust me when I say that even though Lincoln is 80 years old here, he is physically younger and way more healthy, he is just not ready to die yet.

Following Lincoln on his last day alive was so heartbreaking. His struggle, the love he felt for his loved ones, the eventual ‘acceptance’. I really felt for him and with him, sobbing like a little baby. It was all so very emotional and confronting.
But, it was not only that. There’s love that is not just between loved ones, but between the different generations that live on the ship, friendship, and a bond between siblings.

“Was I who I set out to be?  Was the very last thing he thought”.

The book was intense for sure, on so many levels. I wouldn’t have mind it if the book had been a little longer. It was indeed about the last day of Captain Lincoln, but a little more introduction would have been great. I would’ve liked to know more about his relationship with Helen, about the ship, about the community. However, that wasn’t the case, and it didn’t really bother me. Sometimes, I had a little trouble with the word choice in the writing, but that is a personal issue.

Overall, the book was an unexpected pleasant surprise. Even though it was set in space, it was more about the people who were in it. About their lives, birth and the journey towards the end. It was an emotional roller-coaster, taking me on a short, but intense journey. I give this book 4.5 stars.

14 thoughts on “EXO Books: The Last Day of Captain Lincoln”